Here are a few words from our satisfied customers

Exactly what we were looking for in a breeder

Thank you again for seeing us on Sunday! We feel very confident on the choice we have made! Your dogs are gorgeous and you seem very knowledgeable! Exactly what we were looking for in a breeder! We are wondering what day you’re doing the pregnancy test. Sorry we are so impatient- we are just very excited!!!

We cannot go anywhere without being asked where I got her
Esmee is doing amazing, other than the puppy mouthing, but wanted to make you aware that if you get an influx of inquiries, people have been asking me where I have gotten her so I have been sending them to your website. 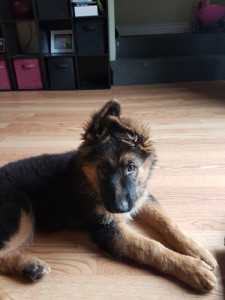 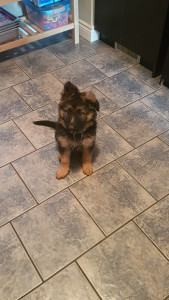 We cannot go anywhere without being asked where I got her. I have given out your name at least 10 times in the last few days
Thank you SO much for such an amazing puppy! 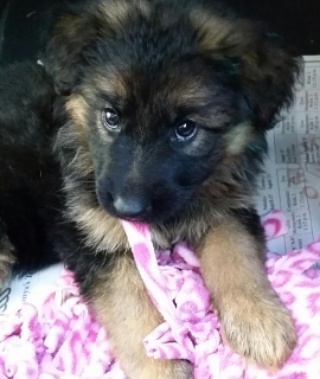 It was a long ride home from your place yesterday. Every road we were on had some sort of delay, so it took us close to 4 hours to get back to London.
Esmee did so well though! She did not want to be on my lap in the car. She preferred to lay on the floor at my feet.
We stopped twice on the way home with no accidents in the car. She slept for most of it. She started to come alive shortly before reaching London. It’s almost like she knew we were close to home!
When we arrived, we put her on the grass and she went with no issues, just like the 2 stops along the way.
Only one accident in the kitchen and I’m not sure if the kids maybe had gotten a little too loud with their typical sibling rivalry banter and caused her to pee.
She ate so well when I fed her when we got home. She sure eats fast! Lol
She did the typical puppy exploring when I took her inside. She really had no interest in Stella. They sniffed each other and that was about it. Stella, like I predicted, was a little stressed out. She will adjust after a few days.
When I would sit on the couch Esmee would come and lay at my feet as soon as she realized I was on the couch. It was really cute actually.
We tried to really tire her out before bed. She went into her crate with no issues, but the minute I left the room she cried. As soon as she could see me she was fine.
I got up a few times throughout the night to let her out, but around 3am she would not stop crying. I probably did the most horrible thing I could probably do, but I brought her on my bed. She curled up right beside me and would only stop crying if I had my arm around her. That is the way we slept for the last 4 hours of the night.
Tonight I will try again with the crate. I really hope I did not make too big of a mistake with bringing her on my bed.
No accidents at all last night. This morning she ate well again and I learned that I need to take her out immediately after eating. She had pooped on the floor right by the door. At least I know that she knows where she is to go when she needs to use the bathroom. I will purchase some bells for her to ring and put them on the door. She did not bark to go out.
Just a few minutes ago Esmee started to show a little more interest in Stella and started to play with her a little more. Esmee got a little too rambunctious with Stella and Stella let her know with a little bark. She doesn’t bark that loudly, but Esmee backed right off.
We have not been able to get a good picture as of yet because she is too much on the go, but as soon as I do I will send one to you for sure!
Thanks again for being so kind and generous. You truly are amazing at what you do!
He is doing amazing!
Cried every couple of hours during the night which was to be expected, but settled back in nicely.  Today is really settling in and has given us so many laughs.  Eating really well and drinking a lot of water.  We picked up the dry food.  How much of it should he get cup full per meal with some can mixed in.  He ate twice today and just gobbles it up so fast and still seems to be hungry.  He is very smart and is making himself at home.
Marcia
We Love Lucy

I wanted to send a note to express how happy and pleased I am with Lucy.

She is and always has been a wonderful pup who is now 10 months young.

From the moment we got her, she has brought nothing but joy to our lives. Definitely one of the easiest pups to welcome into our home.

She is healthy and happy, strong & confident, kind & gentle, loyal & obedient… as well as an absolutely beautiful dog!

Lucy has a remarkable temperament and a personality plus to go with!

Lucy is everything and more that I could have hoped for. A great companion and protector!

Although I have loved all six of my shepherd’s over the years, Lucy simply is the best.

I understand how important a role I have in her behaviour,

but you have provided a sound base in which to work with that is second to none.

The care you provide for your pups while with you and after they have been carefully placed in their new home is exceptional.

Thank you Sam for all that you do and continue to do!

Thank you very much she is wonderful!! She is everything we wanted !! She is playing with the cats already!

I also wanted to let you know that we visited Richmond Veterinary Clinic today – where we have had good experience with our dogs and cats for the past seven years – and Dr. Milne was delighted with our new acquisition.  She pronounced him healthy, did his vaccines and noted that she was especially pleased that we had chosen a West German Shepherd.

We are doing quite well anticipating when he needs to go out and he is continuing to follow us about – currently lying under the piano bench!  He quite likes our daughter’s Philippine nanny Lorema!

Thanks Sam – we will keep you posted from time to time and of course let you know if any concerns.

Thank you for grizzly, he′s amazing

We just want to thank you for grizzly he’s amazing. Grizzly is 5 months now amazing with our 3 girls great family dog . Vet says we have a healthy strong handsome boy . Grizzly turns heads everywhere we go people,kids,dogs love him we highly recommend you to everyone your dogs are amazing.