THE POWER OF PLAYING TUG WITH YOUR DOG 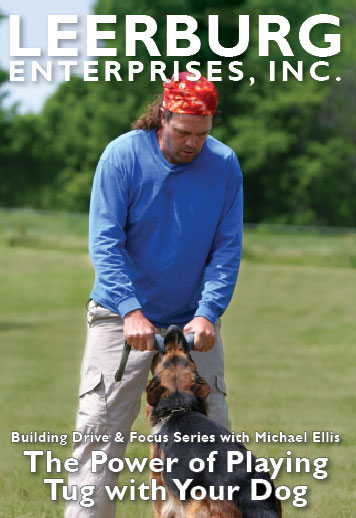 THE POWER OF PLAYING TUG WITH YOUR DOG

The DVD covers the following topics.

Ten years ago I produced a DVD that showed how to build drive with young dogs by using a ball on a string. I have since learned that there are much better ways to train dogs. The ball on a string work should be saved for adult dogs who are in advanced training (if it is used at all).

If your goal with your dog is to do competition obedience, agility work, or to get involved in one of the biting sports, playing tug the right way is an integral part for all those endeavors.

My tug DVD is not meant to be watched one time and stuck up on a shelf. It's impossible for anyone to watch this one time and absorb the information that's covered. Those who will get the most out of it will be people who study it by watching it again and again and again

There are no reviews yet.